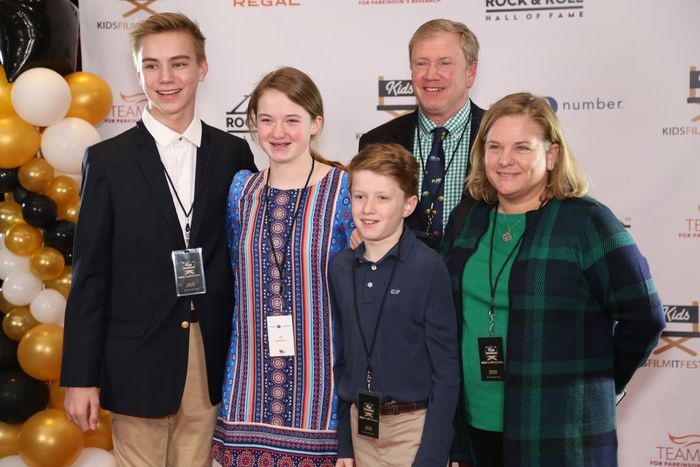 2/26/2020
Old Trail student Paige Dix '20 took second place in her age group at the fourth annual Kids Film It Festival in Cleveland last weekend.
More than 140 submissions were submitted internationally from filmmakers between the age of eight and 18. The festival was held at Cleveland's Rock and Roll Hall of Fame. The event is meant to showcase young filmmakers and award winners with the festival's equivalent of an Oscar.

Paige was the writer and director for her film, "How to Make Your Child Happy." It can be seen here. Additional coverage from News Channel 5 can be found here.

The film festival has three different age groups and three categories—animation, music and film.
Children and teens attending the event walked the red carpet before heading into the event, which aims to showcase young filmmakers and award winners with the festival's equivalent of an Oscar.